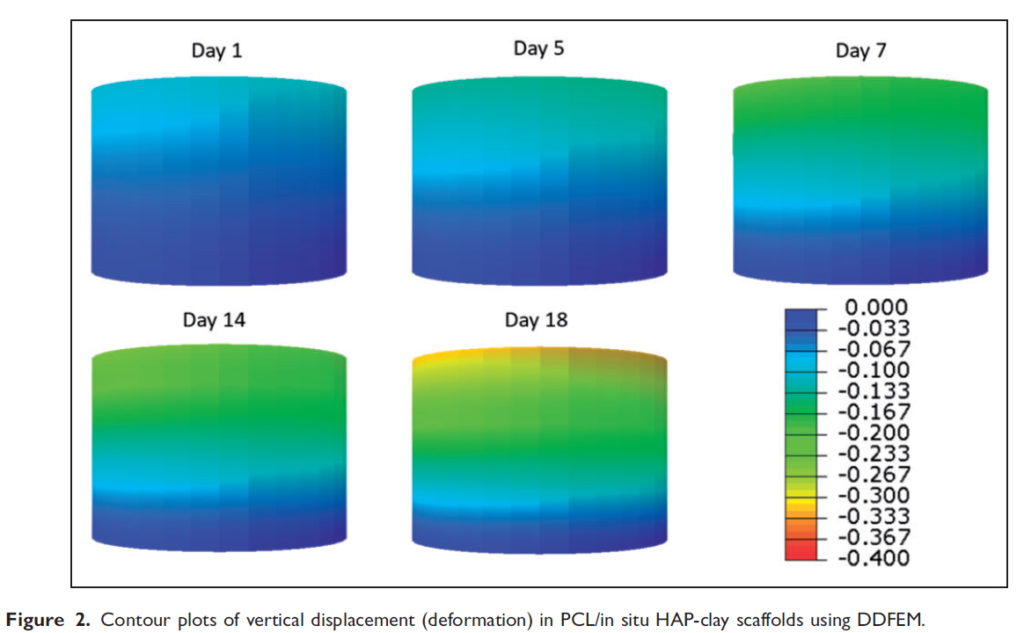 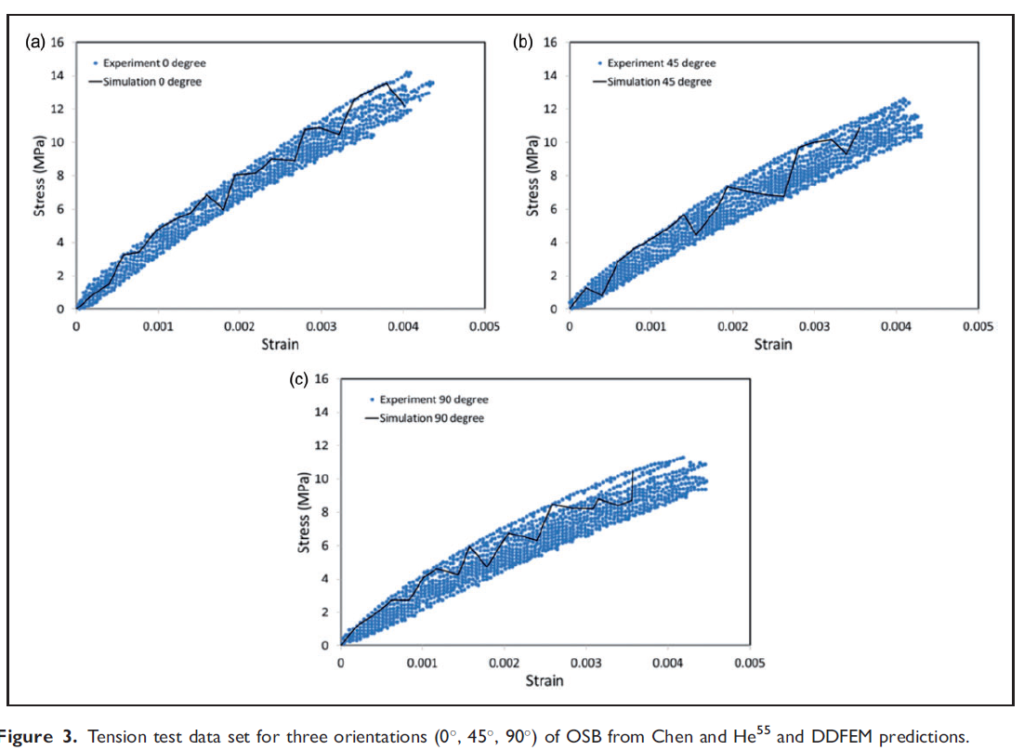 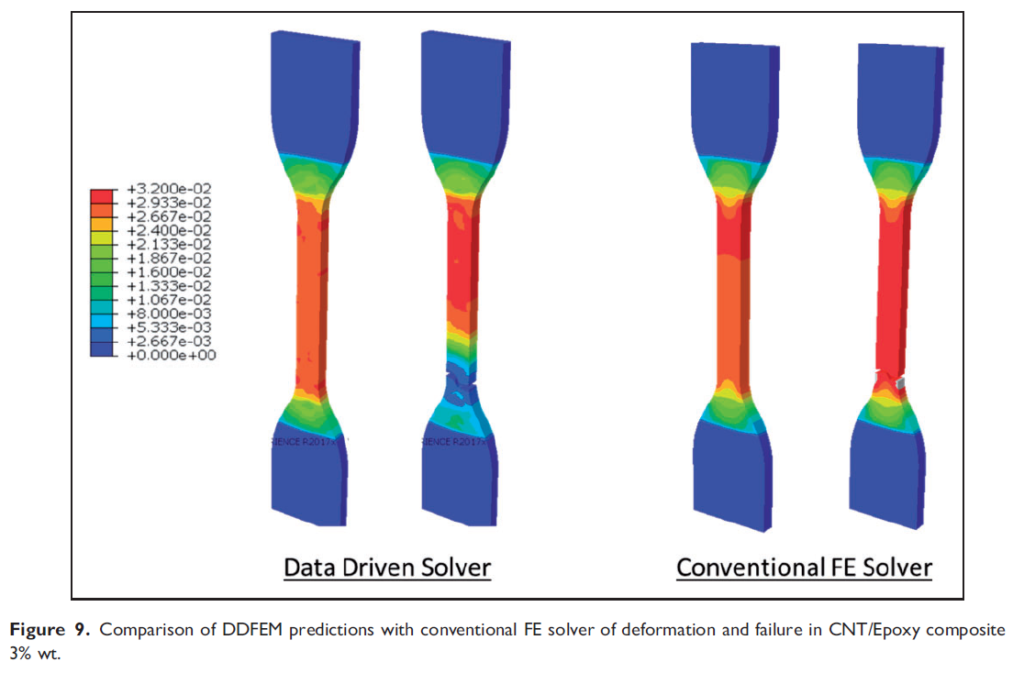 Deformation and Failure in HAP-clay scaffolds, Oriented Strand Board for Wooden Structures, and CNT base Composites.

Data driven computational mechanics in the context of boundary value problems deal with the direct use of experimental data to eliminate the efforts, uncertanties and error induced during material constitutive model formulations and inverse modelling (material parameter identification). We have developed a data driven solver to deal with more than two state variablesviz. stresses, strains, strain rates, failure stress, material degradation, and anisotropy which has not been used before. Data-driven finite element method is implemented in the context of linear elements of a nonlinear elastic solid. The presented framework can be used for a variety of applications by directly using experimental data. This has been demonstrated by using the data-driven finite element method framework to predict deformation, degradation, and failure in diverse applications including nanomaterials and biomaterials for the first time. Data-driven finite element method capability of predicting unknown and unstructured dataset has also been shown by using Delaunay triangulation strategy for scattered data having no structure or order. The framework is able to capture the strain rate-dependent deformation, material anisotropy, material degradation, and failure which has not been presented in the past. The predicted results show a very good agreement between data set taken from literature and data-driven finite element method predictions without requiring to formulate complex constitutive models and avoiding tedious material parameter identification.